Posted by cindybrownmiller on January 18, 2018

We were sad to say goodbye to the Disney Cruise this morning, especially since our daughter woke up with a nasty cough and runny nose. We drove from Port Canaveral to our hotel Disney’s All-Star Music Resort. I called the front desk who recommended an Urgent Care clinic that was five minutes away. They even picked us up at the hotel and dropped us off after our appointment.

After starting her antibiotic and taking a nice nap, we headed to Magic Kingdom. The park had Extra Magic Hours tonight, so it was open until midnight. I hadn’t planned on a sick kid, so I didn’t bring stroller. Since she isn’t feeling the best, I rented a stroller from Kingdom Strollers. They delivered the stroller to the front desk of the hotel and will pick it up when we leave.

We haven’t visited Disney World for over 10 years, and there have been many changes since then! The biggest change is technology including Disney’s Magic Band. Magic Bands serve as your room key, park ticket, payment for meals and souvenirs at the park, and FastPass entrance. The bands are mailed to your home 30 days prior to arrival, and you may customize your band such as selecting the color and inscribing your name. 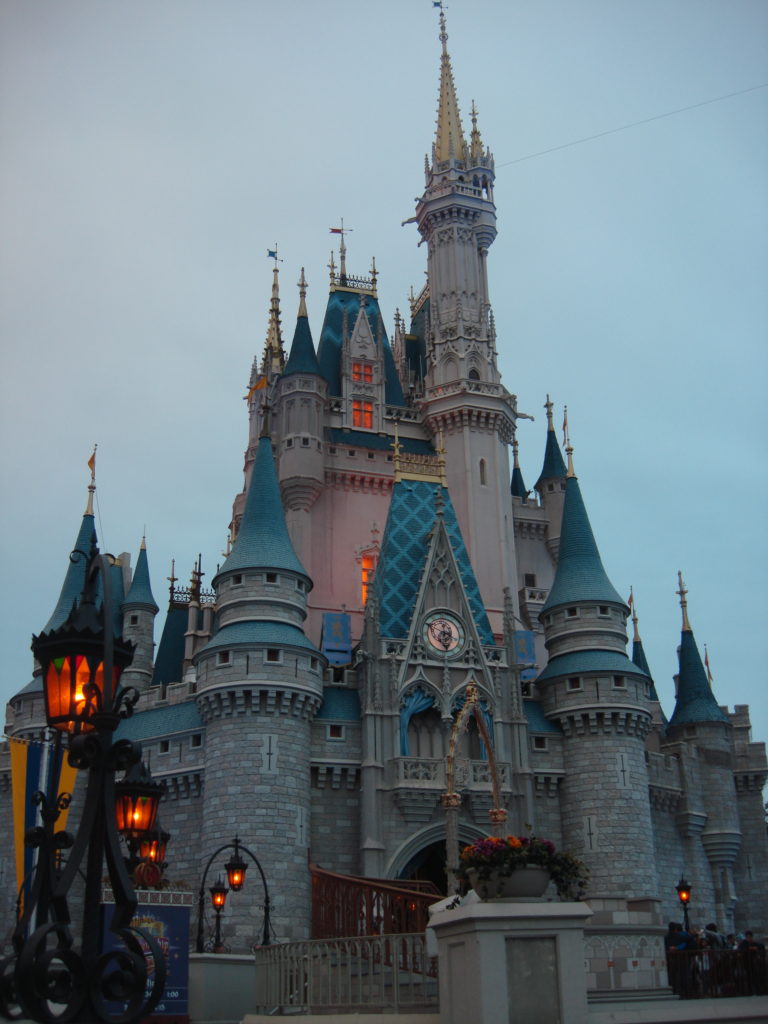